Breast cancer rates in UK are 10 times those of Japan. USA has 4 times rate of mortality than Japan. Why? Diets, and eating seaweed is just one of differences implicated. This  wide difference has intrigued researchers and other studies have followed from this remarkable difference.

The rates of Japanese versus UK, France and Spain are even more pronounced. This graph from Kotanda and Hori in 2016 assessed breast cancer incidence rates between Japanese in Japan and those in the USA.  The full details of how they made are in the reference below. They used aged-standardized incidence rates (called ASR) and the data is from 1959 to 2007.  Conclusions were.

The figure below shows more data.

The question is why? What is different about the society that causes this markedly different cancer rates. 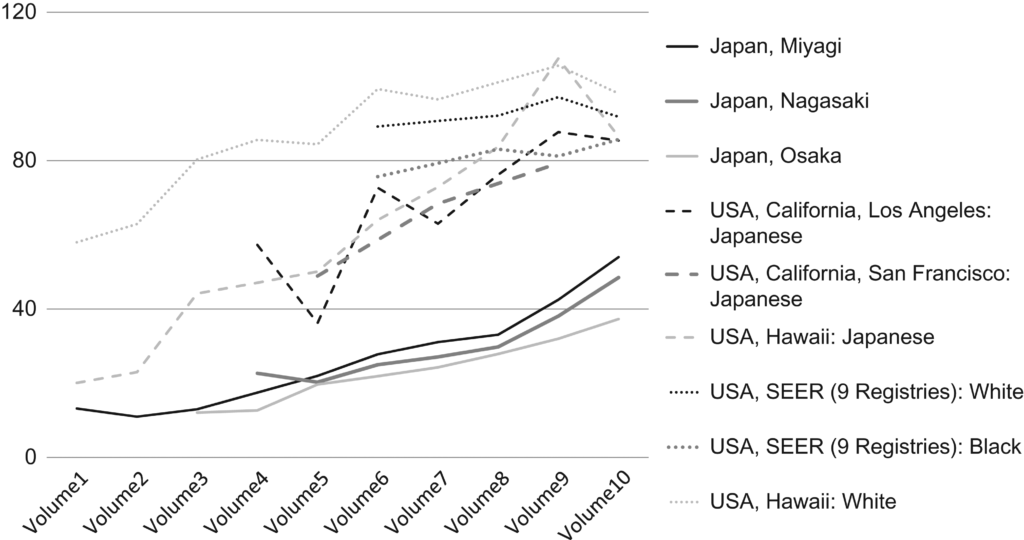 Professor Jane Teas was looking for this as early as 1981 but went on with a clinical trial of 16 women post breast cancer detection and treatment in 2013. Her conclusions from that paper is that one marker of breast cancer is particular chemical in the blood called uPAR (Urinary human urokinase-type plasminogen activator receptor).

“One serum protein (m/z 8,928) reversibly increased with seaweed and may be the immunostimulatory complement activation C3a des-arginine. uPAR is higher among postmenopausal women generally, and for BC patients, it is associated with unfavorable BC prognosis. By lowering uPAR, dietary seaweed may help explain lower BC incidence and mortality among postmenopausal women in Japan”.

Plain English: Seaweed halved a marker of breast cancer in less than 4 weeks. That marker can be identified in blood tests and the uPAR is called creatinine.

Here is the image from the publication.

For more information head to the references by Jane Teas 2013

We make no medical claims.  But we all understand seaweed is healthy.  What you may not know is that peer-reviewed scientific papers have shown in countless studies on humans, animals and in test tubes that seaweed is healthy. Biosea Health provides seaweed as a simple way to consume food.  Simply good healthy food. 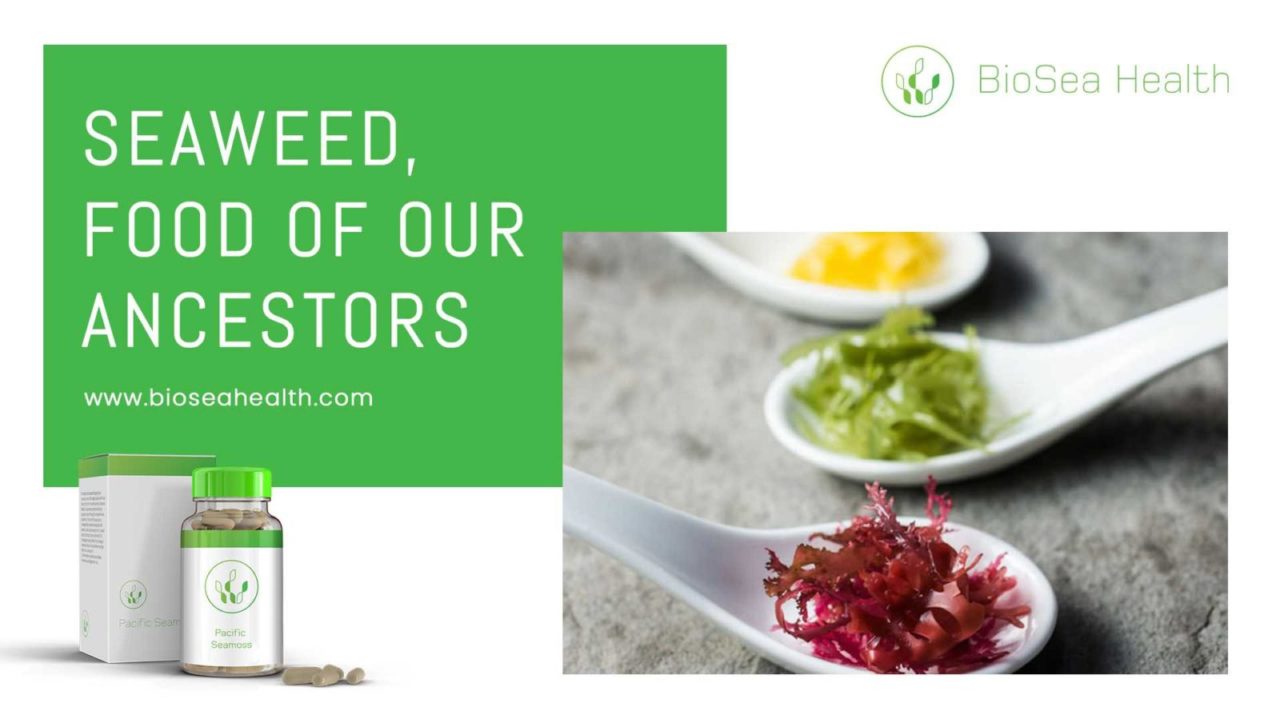